Now that my Peru series of portraits are over, the next series of paintings in my collection will capture some of my memories from Europe. I did an exchange semester in the Netherlands so I took the opportunity to travel through as much of Europe as possible. Europe for me was more about architecture as it was my first time that and I really wanted to see as many historic landmarks as possible.

The first stop is Germany. I went to Berlin and Potsdam as I didn’t stay very long, about 3 days so I took the opportunity to see the Sanssouci Palace in Potsdam. Sanssouci is the summer palace of Frederick the Great, King of Prussia, in Potsdam, near Berlin. It was absolutely gorgeous and it would have been even more so if the garden terraces were fully grown.

After touring the outside of the palace, I explored the gardens and came across this windmill – which I didn’t think I’d see anywhere but the Netherlands (naive I know) and decided to paint it.  Doing the wet on wet wash for the sky was tricky but even more challenging was the wood detail. My favourite part was how the light was captured on the fan blades of the windmill. 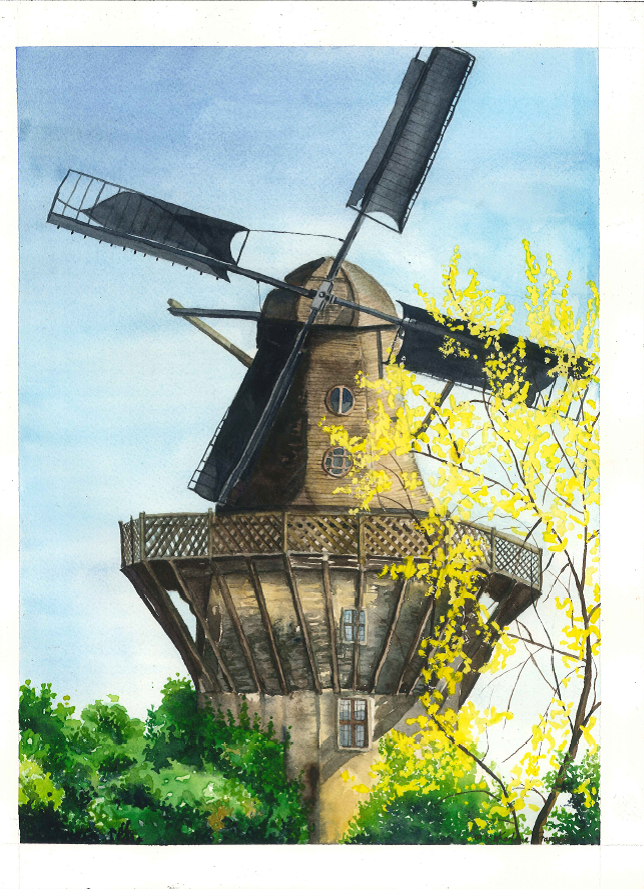